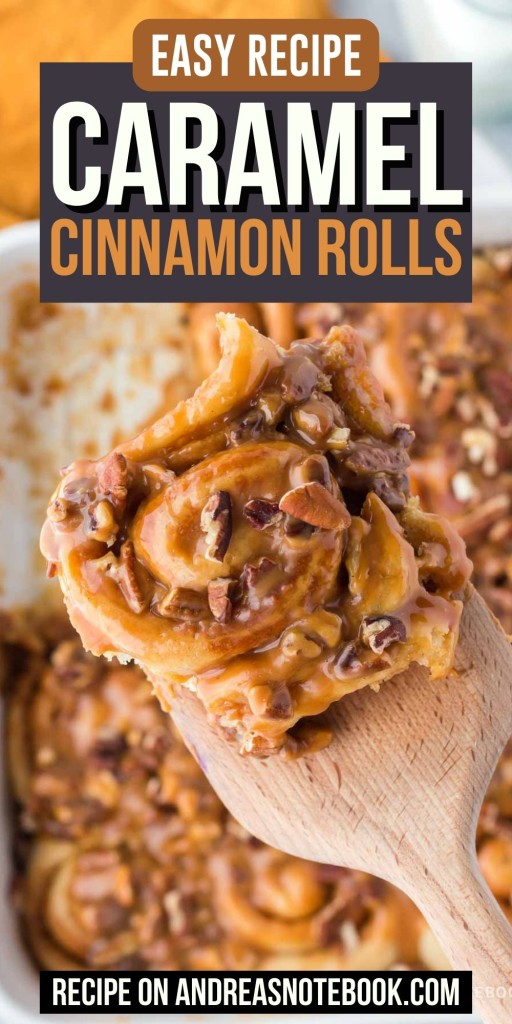 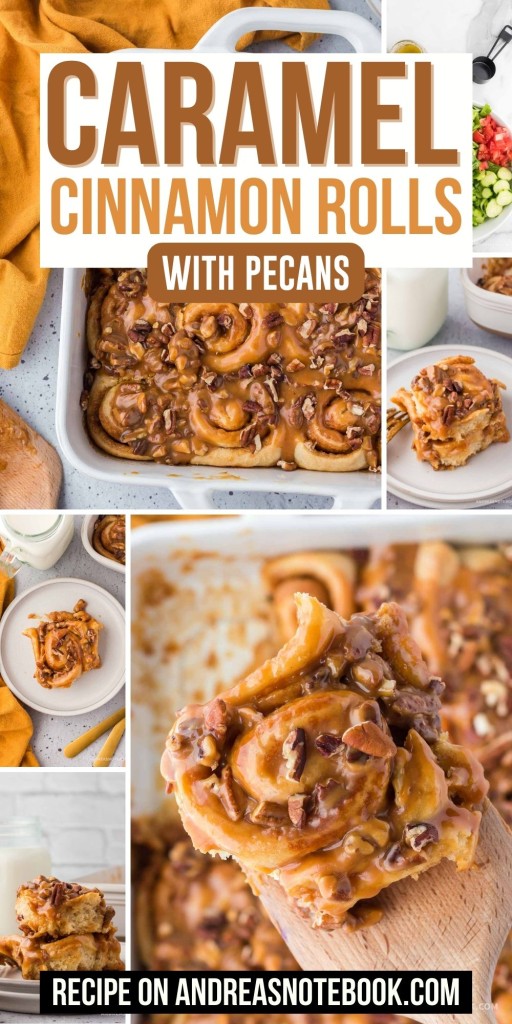 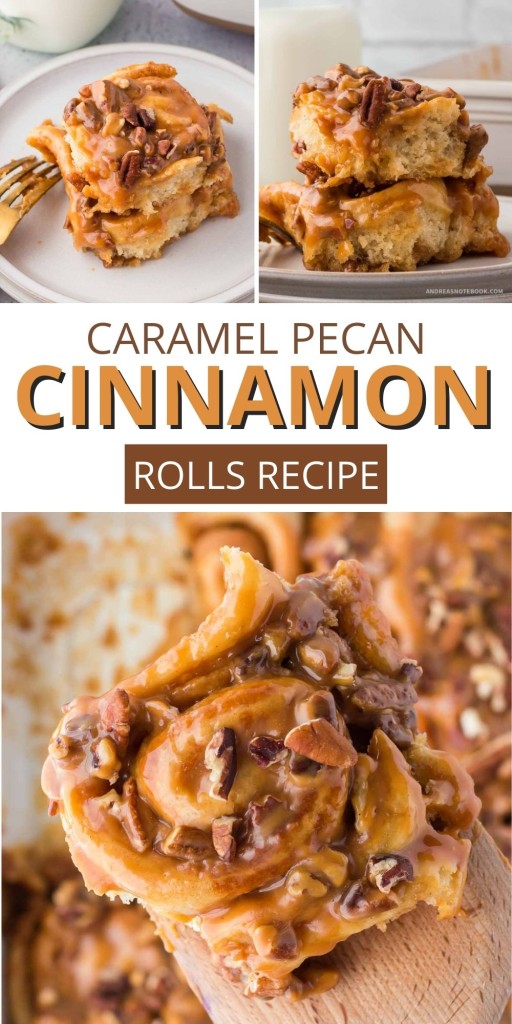 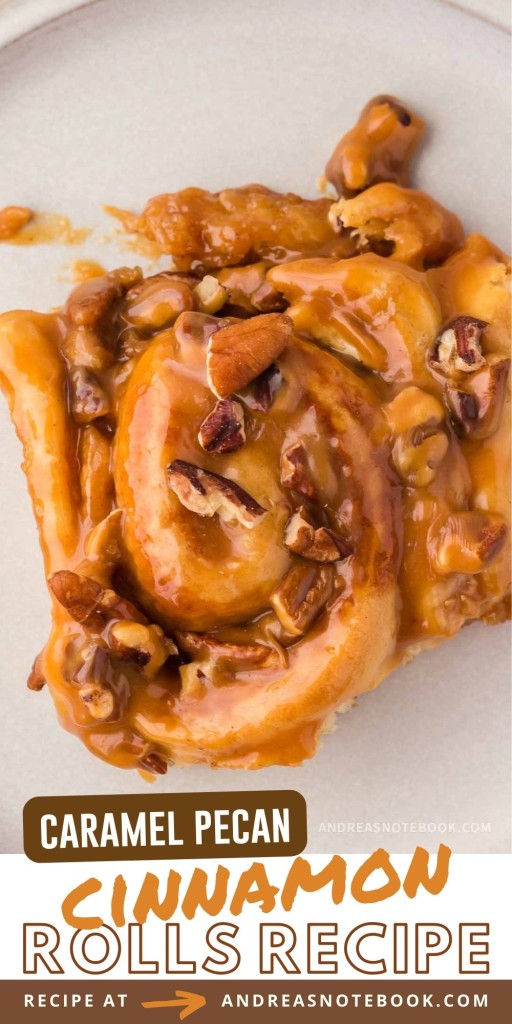 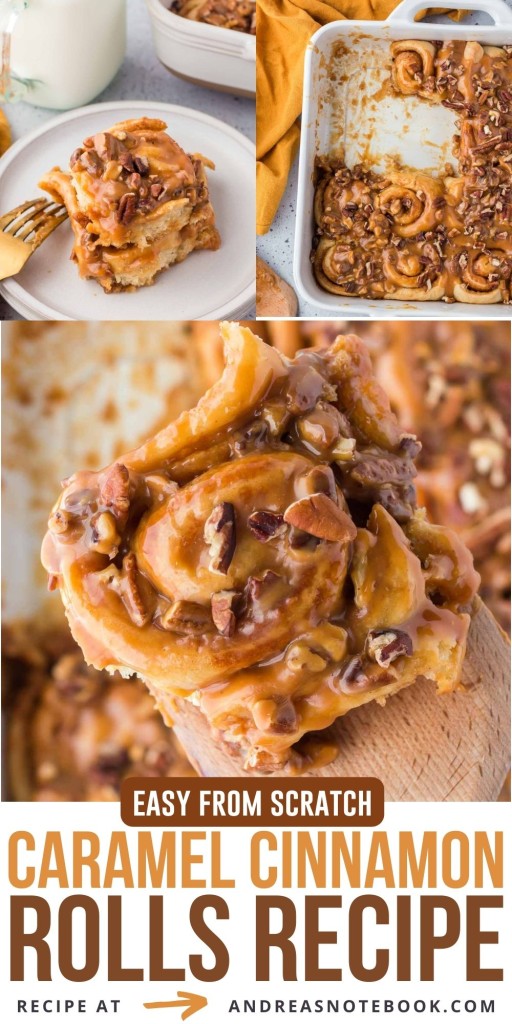 Why You'll Love This

TRY THIS: Want a quick cinnamon roll recipe for those days you don't have time to wait for the dough to rise? These Pumpkin Cinnamon Rolls are made with sweet roll dough and take less than 30 minutes start to finish.

Full printable caramel cinnamon roll ingredients list and instructions are in the recipe card below.

Optionally, put ¼ cup of pecan pieces in the filling as well. This will give your cinnamon rolls a bit of a pecan crunch inside.

These caramel bits melt really well and make an easy caramel topping for the caramel pecan cinnamon rolls. If you can't find them locally you can always order them online.

Full step-by-step instructions for the yeast cinnamon rolls with pecans are in the recipe card below. You can print or save to Pinterest for later.

Make Dough. Heat milk to 105 to 110°F. In a large bowl, combine active dry yeast and warm milk. Cover the bowl with a kitchen towel and allow the years to sit for five minutes, or until foamy.

With a wooden spoon, mix in the canola oil, all-purpose flour, and 1 teaspoon of cinnamon until it is smooth.

Lightly flour a work surface. Place the ball of dough onto the floured surface and knead the dough for 5 minutes.

Let Dough Rise. Grease the mixing bowl. Place the ball of dough back into the greased bowl and cover with plastic wrap. Place dough in a warm location for 20 minutes to allow the dough to rise. Dough will double in size and be very soft. Note: keeping the dough in a warm place is essential. If your kitchen is too cold the dough won't rise well.

Roll Out Dough. Place the ball of soft dough onto the lightly floured surface. Lightly flour a rolling pin. Roll out the dough into a large rectangle shape, about ¼-inch thick.

Make The Filling. In a small microwave-safe bowl, melt butter. Add brown sugar and 1 teaspoon ground cinnamon to the melted butter. Mix until combined. Spread the cinnamon mixture evenly across the dough.

Make The Rolls: Gently roll cinnamon roll dough up into a long log shape. Cut the dough log into 16 equal pieces. Place the rolls into the greased baking dish.

Second Rise. Cover the baking dish with plastic wrap and allow the rolls to rise a second time for 20 minutes.

Bake: Place the baking dish into the oven on the center rack. Bake for 20 minutes.

Meanwhile, melt the caramel chips in the microwave in a medium microwave safe bowl. Microwave for 30 seconds, stir and repeat until melted. You can also melt over low heat in a saucepan on the stove. Add the optional salt to make a salted caramel sauce.

Return the cinnamon rolls to the oven. Bake for 5 more minutes. Remove from oven and serve immediately.

Serve your caramel pecan sticky buns right out of the baking dish or place them on a serving platter. To remove all the pecan caramel rolls from the baking dish easily, line the dish with parchment paper before cooking.

These caramel sticky buns are perfect for:

Store leftover cinnamon rolls in an airtight container or in the original baking dish covered in aluminum foil. Store at room temperature for 3 to 5 days. You can also store in the fridge if you prefer.

Why is my cinnamon roll not fluffy?

There are a couple things that could have gone wrong. First, make sure your milk you combine your yeast with was warm enough. Your yeast should form bubbles when it's activated. Second, make sure you are kneading your dough well. Third, make sure your kitchen is not cold when you are doing the rise. Do not skip the second rise.

How long do cinnamon rolls take at 350°F?

These cinnamon rolls take a total of 25 minutes cooked at 350 degrees.

What is a sticky bun? 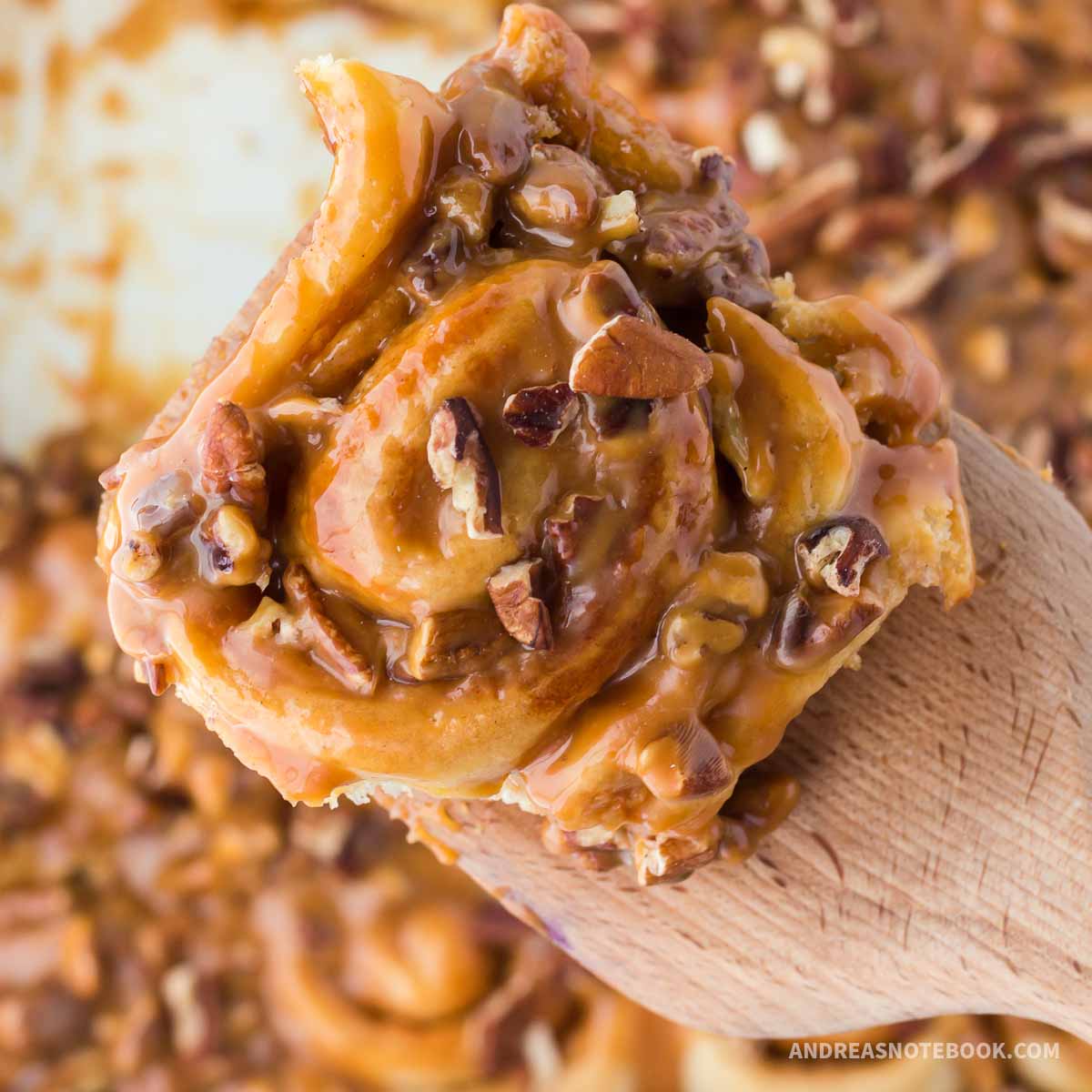 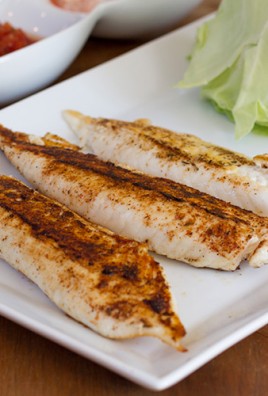 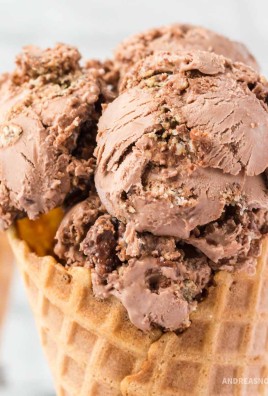 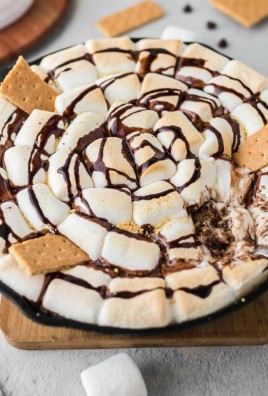