Learn how to make a do-it-yourself (DIY) dino tail, or dragon tail, for kids with this free dinosaur tail tutorial and pattern. Perfect for boys and girls all year round. Add it to their toy dress-up bin! This is an easy sewing tutorial. Even beginners can make this!

Why You'll Love This Tutorial

Sewing Skill: This is a beginner to intermediate level sewing tutorial.

Long Life: This sewing project won't be used once and discarded. These dino tails will be worn for years to come by little boys and little girls that visit your home. Make a whole set for their friends.

Time: Finish this dinosaur tail in under 2 hours.

Tutorial by Jessica from Running With Scissors.

**Please be respectful of her designs and only use this tutorial for personal use.  Not intended for commercial sale or manufacture, even on a home based scale. Make them for yourself, to give as gifts, but not for profit.

The tails have two straps that wrap around the little girl's or little boy's waist with velcro in front, like a belt, making it easy for them to get them on and off themselves.

Looking for a full dinosaur costume? This Baby Dino Costume tutorial is adorable.

Full step-by-step instructions and photos will help you make this easy DIY dinosaur tail (or, if you prefer, a DIY dragon tail). These tails can be finished in under 2 hours.

2. On one end you'll measure 4.5" from each side.  The two inches left in the middle will be the tip of the tail.

3. On the other end, you'll measure 4" along the sides as a marker.  Connect these two markings to create a diagonal for the cone shape of the tail.  Cut off the triangular sides and throw them away.

TIP: To make the spikes easier, you could cut just 1 strip of spikes out of fleece or felt fabric, which will not fray.

1. Take your two spike strips and lay them right sides together.

2. Draw a row of triangles along the strip for the tail spikes. Begin drawing at one end and make the spikes get gradually smaller to the other end. I left about a ½" between spikes.

4. Trim along your sewn line leaving ¼" seam allowance along the whole strip.

5. On the top of the spikes, you'll trim off the point, being careful not to snip through your seam. This makes it easier to turn the spikes inside out with a crisp corner.

6. In between each spike, you'll snip diagonally into each corner, once again don't snip through your sewing.

7. Then you can turn the whole strip of spikes right side out, using a pen lid, knitting needle, etc. to push the tips of the points out. Iron your spike strip nice and flat.

First, sew the spikes to one piece of the tail. Pin the largest spike to the tall side of your tail piece, lining up the raw edges.

2. Sew the spike strip to the tail piece with ¼" seam allowance.  This is just basting, or tacking the pieces together.

3. Next, put your second tail pieces right sides together. The spike strip is in the middle of the sandwich.

4. Sew down the spike strip again, this time with ½" seam allowance, making sure you sew past the troughs so there is a space between each spike when you turn it right side out.

5. Sew a slight curve as you go around the tip of the tail.

6. Sew around the end of the tail and along the bottom side. Leave a 4-5" hole in the middle of the tail for turning the tail right side out later.

2. Sew along side, across the short end, and along the other side on each set.  Use a ½" seam allowance.

3. Snip off the corners, being careful not to cut through your seam.

4. Turn each strap right side out, pushing out the corners with a pen lid or knitting needle so they're crisp and pointy.

5. (optional) Top-stitch the edges to make the straps lay flat. Use a zigzag or straight stitch.

6. Sew your velcro pieces to each end. Center the velcro in the center of your strap. The velcro should be ½" from the very end.

1. Mark the quarters by lining up the top (spike) seam with the bottom seam and pinning the folds on the sides.

2. Pin the waist straps inside the tail. Pin the straps to the quarter side marks.

5. To finish off the tail, you'll pin your circle fabric (with the right side facing into the tail) around the large tail opening.  I fold my circle in quarters so I have a crease vertically and across to use as a guide to pin to the two seams (top and bottom) then line up with the waist straps on the sides.

6. Next you sew around your circle with ½" seam allowance.

At this point your dino tail is sewn and you can turn it right side out through the hole you left on the bottom seam. Your velcro waist straps should be oriented to match and stick together, and your spikes should stand up out of the top seam.

1. Stuff your tail with Poly-fil batting. The density of your stuffing inside of the tail does determine how the tail will look. I stuffed this yellow tail tighter than the blue or green tails, and I noticed it stood almost straight out from the boy's back, where leaving the stuffing a little looser makes a more droopy tail. Stuff however you prefer.

2. Pin the hole closed underneath. I chose to just machine sew the seam shut, but it would probably look best to hand-sew the seam closed to allow it to lay flat.

Length: it's easy to make the tail longer or shorter by cutting the tail and spike pieces longer than 22". Make sure you cut them all the same length.

Felt or Fleece Spikes: as mentioned earlier in tutorial, you could make the tail even easier by cutting felt or fleece spikes with one layer rather than sewing/ turning 2 pieces of fabric

Scalloped Spikes: Make your spikes with scallops and rounded rather than pointed.

Printed Fabrics: I stuck with bright solids, but textured or printed fabrics would look awesome too. Use different colors for fun.

If you are interested in more of Jess's Halloween ideas, here are a few: 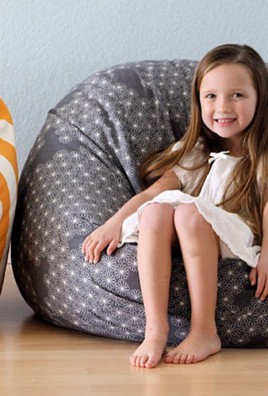 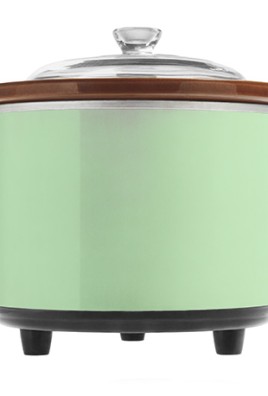