Today's Sewing For Men contributor is Carolyn from Fake It While You Make It! She's sharing this awesome cycling jersey she sewed. Wow.

First of all, I'd like to thank Andrea for inviting me to be part of this series.  I am constantly amazed by the fact that someone else would want to hear me babble on about my sewing projects.  So thank you, Andrea!  And I can't wait to see what the other ladies have made! 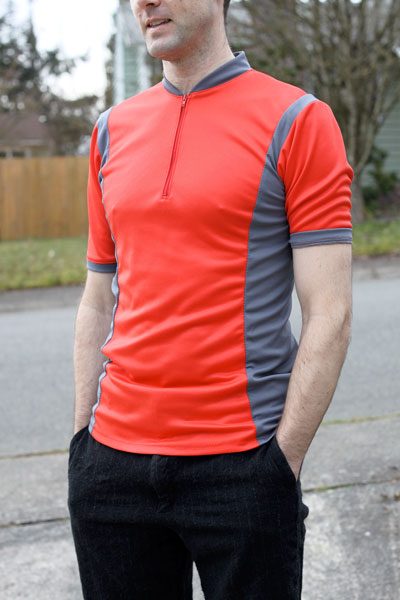 Of all the things that I've made over the last decade or so (and there have probably been hundreds), I've made only three things specifically for my husband. I blame this on the fact that I was probably a bit put off when Ben accidentally destroyed the very first thing that I made for him - a knit hat made out of some ridiculously expensive Italian merino yarn that he accidentally threw in in the washing machine thereby shrinking it up to about the size of a yarmulke.  Needless to say it was years before I made him something again and when I finally got around to it I was much smarter.

And by much smarter, I mean that the hat that I sewed for him that time was entirely machine washable.  And despite that hat being a hit (much loved and much worn) it was years before I considered making something else for him.  This probably comes down to the fact that women's clothes just seem so much more interesting to make but after seeing Kelli's amazing versions of McCalls 6044 I knew that I was wrong in believing that men's clothes had to be boring and I knew that it was time to finally sew something again for my long-suffering husband.  Fast forward a couple of weeks and Ben got his very own version of McCalls 6044 and I was once again reminded that he is a very worthy recipient of handmade clothes given that he posed for the most ridiculous photos known to human-kind and he wears this shirt often.

So when Andrea asked me to be part of a series involving sewing for men I jumped right on board and asked Ben what he would like me to make for him. He immediately said "a bike jersey" to which I responded by giving him some sort of obnoxious face and saying "No seriously.  What do you want me to make for you?"  But the more that I thought about it the more that I realized that I probably could make him a bike jersey and gosh darn it, with a little  effort I could probably make him a fantastic one. 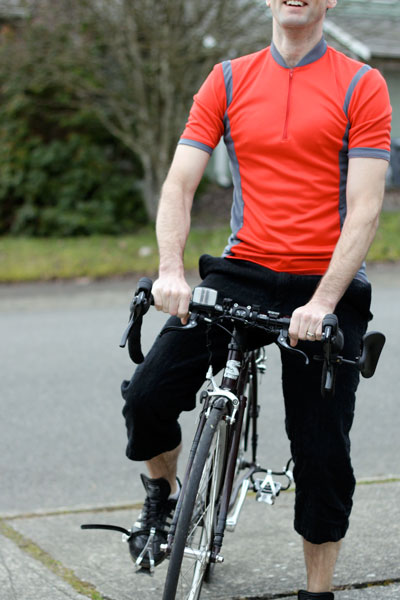 At first I considered just tracing one of the bike jerseys that he currently owns for a pattern, but after scouring the internet I came across a Green Peppers pattern that was just what Ben was looking for so I ended up opting for the lazy busy woman's route and I purchased the pattern.  The pattern itself is great but there are no finished measurements on the pattern so I ended up laying out the pattern pieces and measuring three different sizes to figure out which one to make.  A word of warning here - this pattern is designed to have very little ease (and perhaps even negative ease) so choose your size carefully.  In the end, even though Ben measures around 36 inches for his chest, I sewed up the size for a 40 inch chest and that ended up being just the fit that Ben's was looking for. 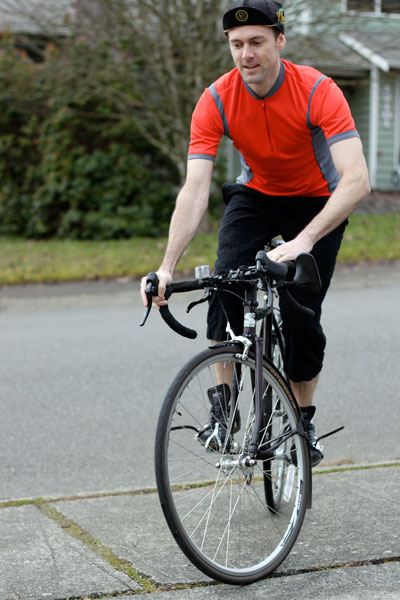 As for the fabric, I knew that we needed something that would be well-suited for a biking jersey - in this case, a stretch fabric that wicks moisture away from the body - and I found two fabrics that fit the bill at Seattle Outdoor Fabrics.  Can I just say how entertaining it is to watch a grown man stand in front of a line of fabrics saying "I want the blue with the yellow.  No, the red with the blue.  No, I think the red with the gray.  Uh, I can't decide!"  It's nice to know that I married someone as indecisive as myself. 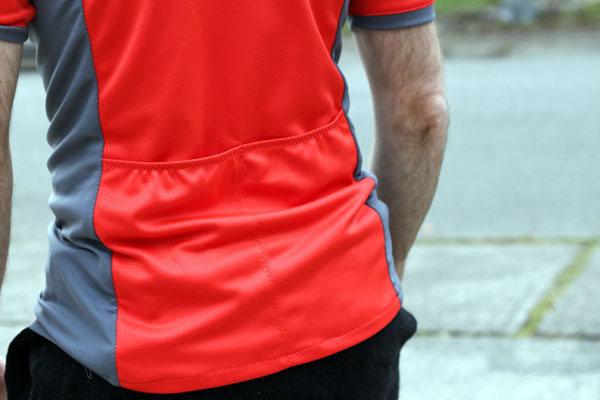 In the end we went with a reddish-orange for the main color and a gray for the contrasting fabric. I also opted to make the collar in the contrasting color and I added some bands to finish the arms rather than just hemming them.  And as for the length of the jersey, according to Ben it's perfect and apparently that's something that's pretty important in a cycling jersey given that you're bent over the whole time that you're wearing it. 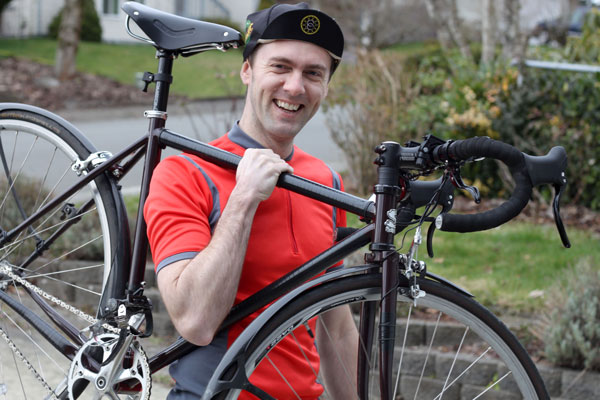 Now that' it's done I think that I can firmly put this cycling jersey in the "success" category given that Ben has already requested another one - this time with long sleeves and made out of wool jersey.   He's come a long way from accidentally destroying my handmade goods and I'm thinking that he may have earned one or two more items (that is, of course, if he manages not to get bike grease all over this one). 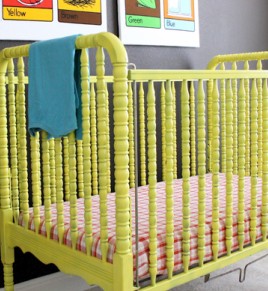 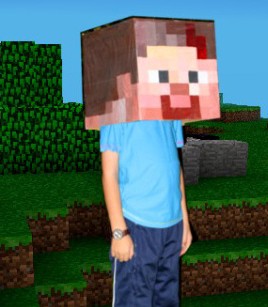 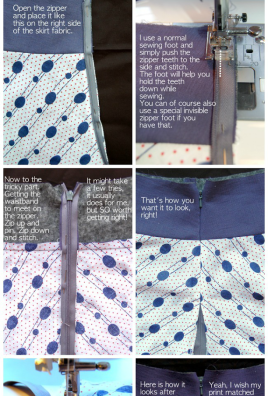