Some adults aren't that interested in dressing up. Enter the headband ears. Ears on a headband were the greatest invention for underachieving adults who want to put on a costume without really putting on a costume. Of course they're good for kids too! These DIY animal ears headband tutorial is about as easy as it gets.

If you have 15 minutes and some fake fur, you can make this. 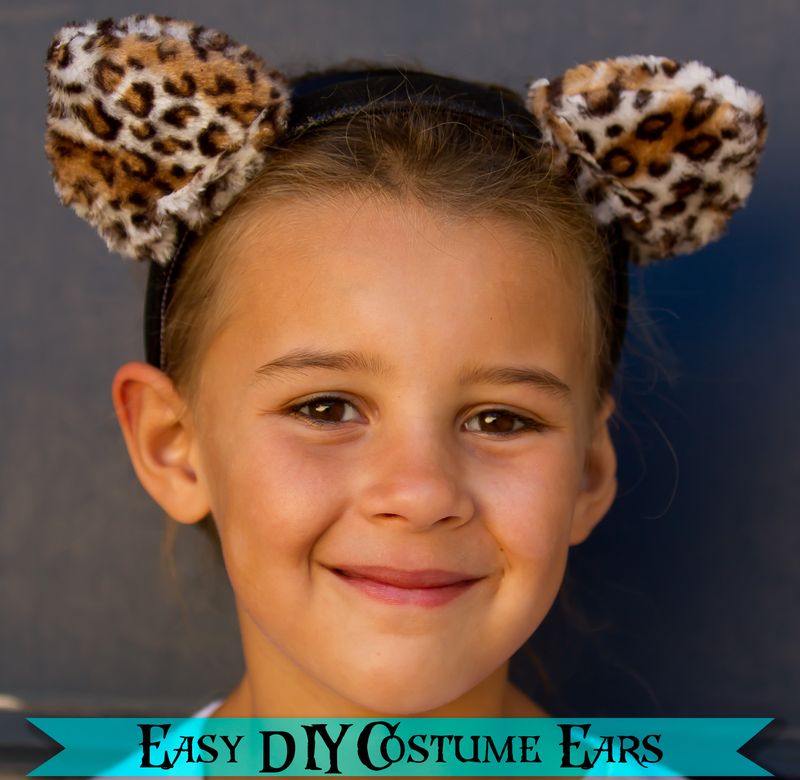 Trace your animal ears in the shape you like, depending on which animal you are making. I made a house shape for these cheetah ears. It's not exact science so just wing it or copy this template. 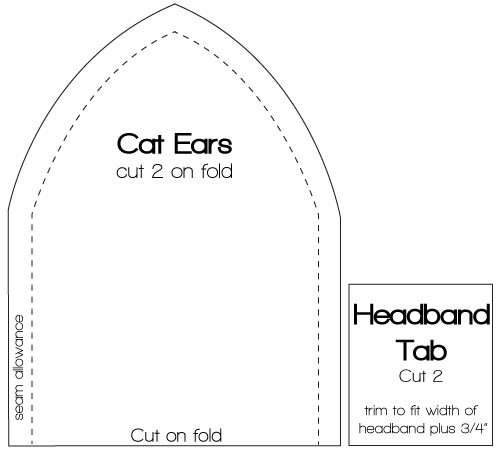 Cut a small scrap of the costume fur or felt to make loops holding the ears on the headband (Headband Tab). This works best with fabric that doesn't unravel but I prefered the matching fur. Of course, you could turn the edges under before sewing to prevent unraveling.

The fabric should be about half as wide as the ear and ¾" (2 cm) longer than the width of your headband. Place headband in middle (the part on the fold) of cut ear, furry side up. 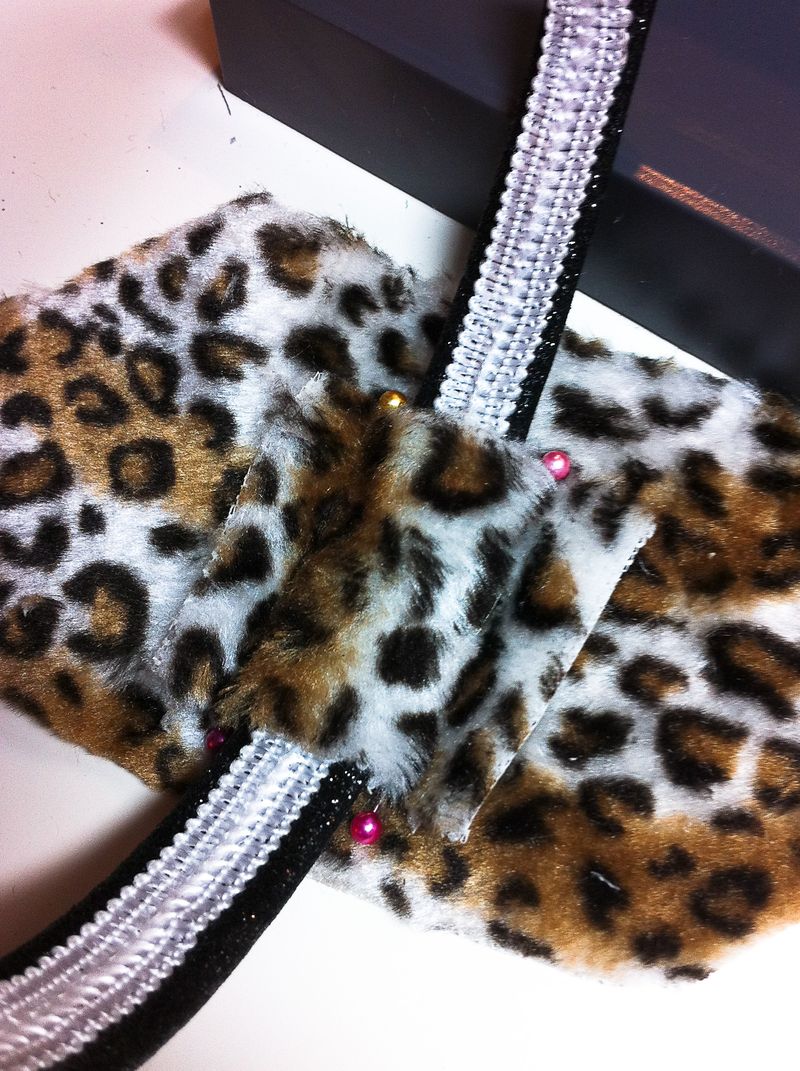 Pin directly on both sides to mark the edge of the headband. Remove headband. Sew a straight stitch in that spot. Trim the ends of the "loop". Repeat for other side. 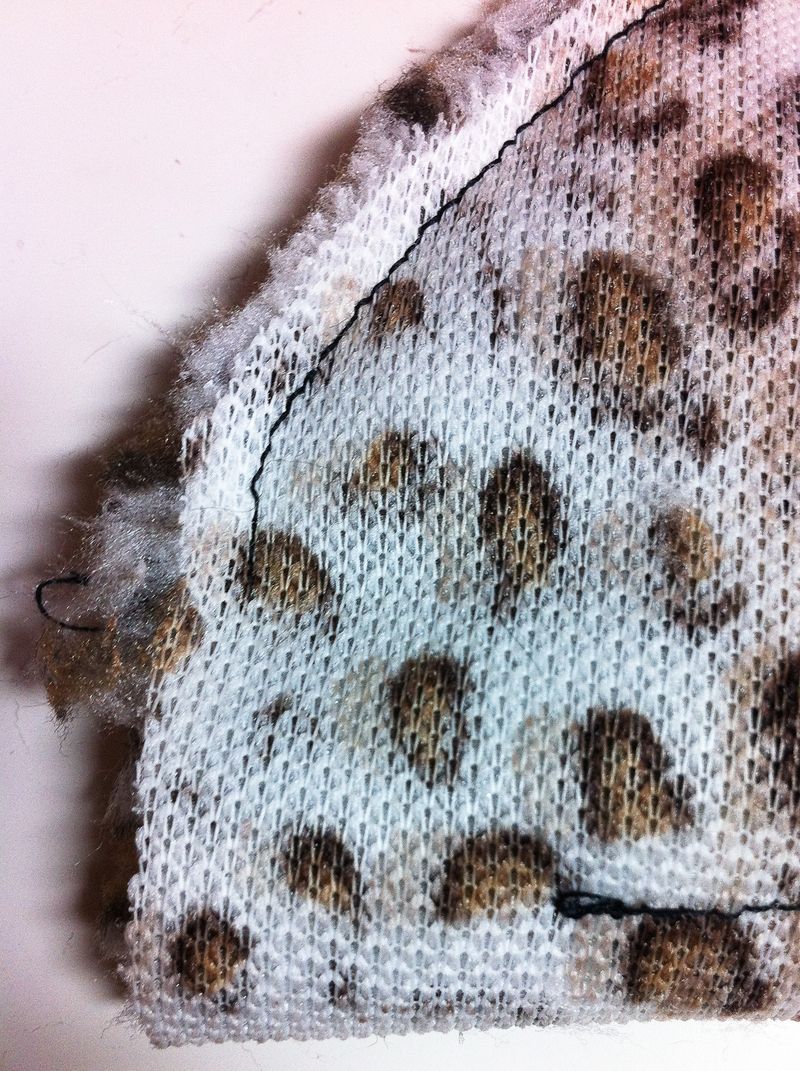 Fold right sides together. Pin then sew the remaining sides leaving a 1.5" hole for turning.

Turn ear right side out. 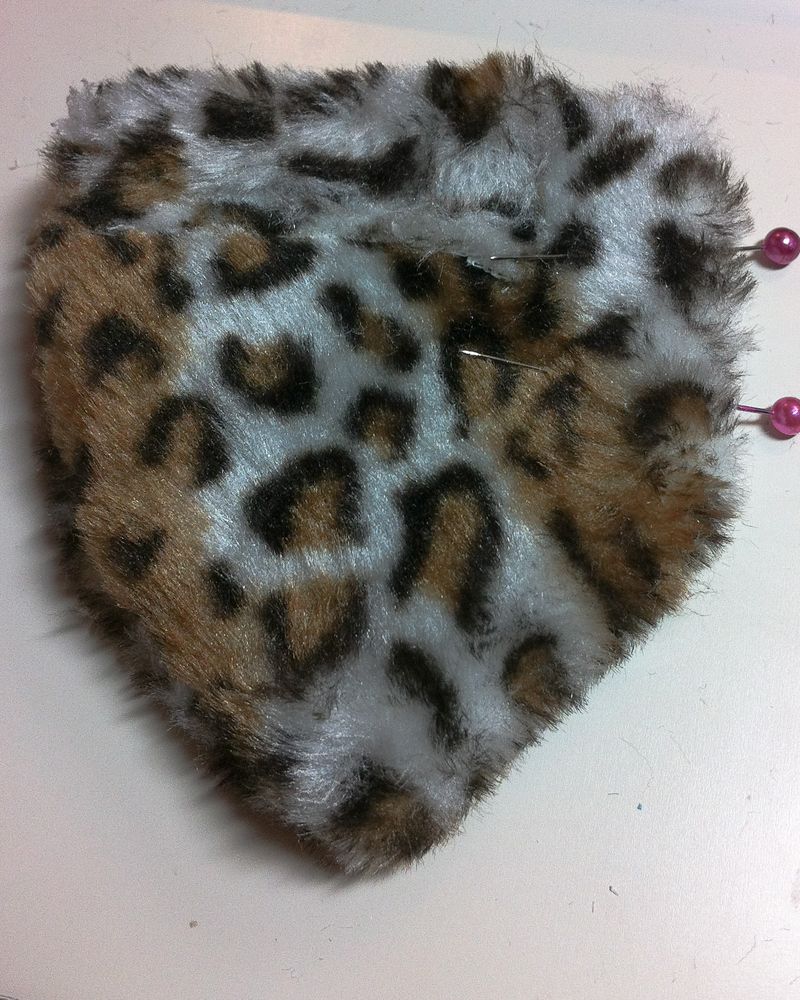 Use your fingers to turn the open edge seam allowance into the inside of the ear. Hand sew or machine sew it shut. We've got costume tutorials coming to you daily so check back often!